A speck in the cosmos ebook production

Sisters Colleen Watts and Louise Brodie have carefully compiled this book, which is based on the autobiography of Henry Caulfeild, their great grandfather. I created the ebook in EPUB and kindle format. The book was published inhouse under the Rubida ePress imprint. It includes many interesting historical pictures and contains a family tree.

A speck in the cosmos

This unusual autobiography of Henry St George Caulfeild (1851–1943) gives a peek into his life during colonial times in Ceylon and on the sugar plantations in Queensland, Australia.

Written in the somewhat constrained language of the time, this autobiography nevertheless remains a primary historical resource of a lifestyle of that era and puts a first-hand and very personal touch to British and Australian enterprises of the time. Although the autobiography was never formally published at the time, a portion of A Speck in the Cosmos was serialised in a pre-World War II Australian magazine called ‘The Steering Wheel and Society & Home’.

The new ebook is available online at the Rubida ePress SHOP and also on Amazon, Google Play and Apple iBooks. 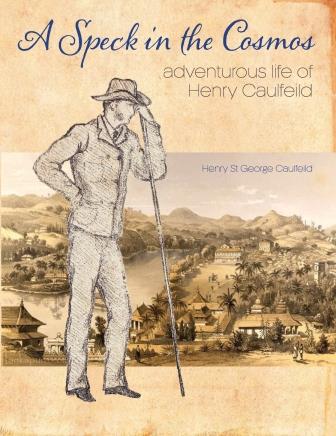 You are here: Rubida Communications > Projects > Project: A speck in the cosmos ebook production